As his administration ramps up plans to replace Obamacare, President Trump seemed to back off last night in an ABC News  interview with David Muir from his vow less than two weeks ago of “insurance for everybody” in a replacement plan.

Muir referred to Trump’s promise in an interview with  Washington Post of insurance for all Americans less than two weeks ago. Muir pressed Trump on what his plans are for an estimated 18 million people who could potentially lose their insurance if Obamacare is repealed without a replacement.

“Can you assure those Americans watching this right now that they will not lose their health insurance or end up with anything else?” Muir asked the President.

Trump went off on a tangent, assuring Muir that his plan would result in “much better health care, much better service treatment” at less cost. Twice he called Obamacare a “disaster.”

Muir asked again:”So, no one who has this health insurance through Obamacare will lose it or end up.. with anything less?”

“Ideally, in the real world, you’re talking about millions of people. Will no one (?). And then, you know, knowing ABC, you’ll have this one person on television saying how they were hurt,” Trump said, according to the transcript. “Okay. We want no one. We want the answer to be no one.”

Trump offered no details or explanation. He did say: “But I will say millions of people will be happy.” – Joe Cantlupe

The problem is fairly straightforward: We Americans pay more for our drugs compared to the rest of the world. How we got to this point involves many moving pieces like the cost of new drug development and marketing and Bush-era legislation that prohibits Medicare from using a bidding process to get the best drug deals. Add to that the political money trail—lobbying costs and the big dollars invested in political campaigns and the big bucks the pharmaceutical industry spends to lobby spends on Congress is drawing a great deal of media and constituent attention.

Throw in patent limitations and we’re left to wonder how much drug prices can be regulated and how far President Trump and Congress are willing to go in an effort to tame drug costs.

Big pharma’s influence is there. But there is a broader question: do enough Republicans and Democrats have the courage to monitor drug companies to reduce prices as they continually receive big contributions from the drugmakers?

When it comes to drug pricing, Trump and Sen. Bernie Sanders (D-Vt) political polar opposites, are on the same page—they each want to reduce the consumer cost of drugs

So far, Trump has signaled that he wants to go pretty far. In the weeks leading up to Friday’s inauguration, Trump accused the pharmaceutical industry of “getting away with murder” and said he would change the way the country bids on drugs in an effort to reduce costs.

In his Twitter response, Sanders agreed with Trump’s statement that the pharmaceutical industry  is ‘getting away with murder,’ but questioned if “Trump and the Republicans have the guts to police drug companies and lower prices?”

There’s plenty of politicking that remains to be played out. 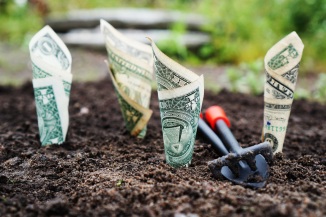 But the first hint of how difficult it may be to change legislation to open the door for negotiating on bidding on drugs, ostensibly to lower prices, came this month on the Senate floor when Sanders and Sen. Amy Klobuchar (D-MN) introduced a budget resolution amendment to allow pharmacies and patients to import low-cost medicine from Canada.

It was defeated, 52-46, mostly along familiar party lines although 13 Democrats voted against the budget resolution while 12 Republicans voted in favor.

The GOP vote was not surprising, but the Democratic tally was particularly intriguing.

Among the Democratic “no” votes that stood out was that of New Jersey Sen. Cory Booker, D, certainly seen as a Democratic rising star, according to Open Secrets. And of course Booker represents New Jersey, headquarters of many pharmaceutical companies. From 2009 to 2016, Booker has received more than $277,000 from the pharmaceutical industry. Other Democratic naysayers included fellow Garden State senator Bob Menendez, who received $284,000, Pennsylvania’s Bob Casey, who received $291,000 and Washington Sen. Patty Murray, a recipient of $363,000.

In case anyone needs reminding, here are some of the comparisons between the drug prices in the U.S. and other countries.

If you went to Spain and bought one bottle of painkiller OxyContin, the price may be $36, but in the U.S. it’s $265. The average price for Humira, the immensely popular drug for rheumatoid arthritis, is about $552 in South Africa, but $2,669 in the U.S., according to the International Federation of Health Plans

“There’s no reason why there should be so many differences,” says Tom Sackville, the iFHP’s chief executive. “It illustrates the damaging effects of an inadequately regulated healthcare market.”

Trump, in a Tweet, noted: “We’re the largest buyer of drugs in the world and we don’t bid properly.” He added, “Our drug industry has been disastrous, they’re leaving left and right. They supply our drugs but they don’t make them here, to a large extent.”

As Trump says, most of our drugs are manufactured overseas. about 80% in China and India, studies show.

The loudest voice in the room?

Sure to have a loud voice in any pricing discussion and regulation is the major drugmaker lobbyist, Pharmaceutical Research & Manufacturers of America, (PhRMA) which has for now remained remarkably reticent about Trump’s comments.

When we asked about Trump’s “getting away with murder” comment, PhRMA had no direct statement. Earlier it issued a low-key statement to HealthDataBuzz, saying it is “committed to working with the new administration and Congress to improve American competitiveness and project American jobs.”

In addition, PhRMA said it plans to work with President Trump and lawmakers “to advance proactive, practical solutions to improve the marketplace and make it more responsive to the needs of patients.”

PhRMA noted how biopharmaceutical companies invested $70 million a year in research and development in the U.S. – and are responsible for 4.5 million American jobs. Jobs, of course, represent an issue close to Trump’s heart, as he loudly demonstrated in the campaign and in his inaugural speech.

Indeed, in 2016, more than $186 million was spent on lobbying from pharmaceuticals and health products, with 1,429 lobbyists reported. PhRMA alone accounted for more than $18.9 million making it the biggest spender in lobbying, according to Open Secrets.

After the losing vote in the Senate on his effort to import lower cost drugs from Canada, Sanders said he intended to speak to “every Democrat who voted against the amendment to find their concerns and look forward to joining us in the future.”

The future may come soon enough.

Sanders said he will soon introduce legislation with Rep. Elijah E. Cummings (D-MD) to allow Medicare to negotiate with drugmakers and to permit the importation of safe and affordable drugs from other countries.

In the meantime, PhRMA is getting ready for a big marketing campaign this month to get its messages across, with the idea of spending “tens of millions” each year to get the word out about its industry, according to Fierce Markets.

The drug pricing battle may have just begun.

As the National Institutes of Health tell it, biomarkers are objective indications of medical signs outside the patient that can be measured. Studies have shown that a biomarker known as procalcitonin (PCT) has been promising to evaluate risk of bacterial infections, such as sepsis.

PCT is known as a precursor to a hormone calcitonin, usually produced by the thyroid gland.  After a few hours of a severe bacterial infection, for instance, immune cells produce PCT. But the PCT shows increases with bacterial infections, not in viruses, DoveMed said. In that way, PCT is “useful is differentiating bacteria from other infectious agents,” according to DoveMed. That ability for measuring PCT makes it different and can be seen as a key biomarker.

As for sepsis, it is a serious and sometimes deadly illness caused by an overwhelming immune response to a bacterial infection, which can have many different underlying causes, according to the Centers for Disease Control and Prevention.

The death last year of Academy-Award winning actress Patty Duke from sepsis from a ruptured intestine raised awareness of the illness.

Still, a lack of a ‘gold standard’ diagnostic test for sepsis has resulted in diagnostic dilemmas, which may delay appropriate treatment and lead to poor outcomes, according to Robert A. Balk, MD, director of the division of pulmonary and critical care medicine at Rush Medical College, Chicago and his colleagues. More than $20 billion was spent on sepsis care in 2011, making it the most expensive condition managed in U.S. hospitals, they said.

“Because there is no confirmatory diagnostic test, the diagnosis of sepsis is based on clinical judgment of suspected infection,” the CDC says. A reliable sepsis surveillance definition based on objective clinical data is needed to more accurately track national sepsis trends and enable ongoing assessment of the impact of efforts to increase sepsis awareness and prevention.”

The CDC acknowledges the data challenges involving sepsis, but still found staggering numbers of people who died as a result of the illness. From 1999 to 2014, the CDC found a total of 2.4 million people whose deaths had sepsis linked among the causes. That was 6 percent of all deaths, the CDC said.

Sepsis In the ICU

Balk and his team studied the impact of procalcitonin in hospitals related to sepsis and found interesting results: testing on the first day of Intensive Care Unit (ICU)  admission for adult patients with sepsis is associated with reduced length of stay, less antibiotic exposure, and reduced hospital and pharmacy costs, according to Balk. They reported their findings in CHEST. 2017;151[1]:23-33). The researchers analyzed data on more than 15 million patients in the Premier Research Database; of those, more than 730,000 had a potential diagnosis of sepsis, systemic inflammatory response syndrome (SIRS), septicemia, or a shock-related diagnosis on ICU admission or discharge, according to my report in  Frontline Medical News

While PCT testing is cleared by the Food and Drug Administration to assist in identifying patients who are highly likely to develop sepsis, there is no approved sepsis test, Dr. Balk and his colleagues noted.

“This study is important in the validation of the ability of PCT testing to favorably impact the outcome of critically ill patients when used according to the FDA cleared guidelines,” the investigators said. “The cost savings were real and consequential, exceeding the potential increased costs of laboratory testing associated with PCT testing on ICU admission.”

Despite its emergence as a diagnostic criteria tool for sepsis in the 2012 Surviving Sepsis Guidelines, PCT testing has not been uniformly adopted, in part, because of cost considerations, Balk and his colleagues said in the Frontline Medical News story  To date, they said, there is no approved sepsis test that identifies a sepsis patient with a sufficiently high likelihood to make it clinically useful, according to Balk and colleagues.